Annie Alexander was the youngest of six children born to Jane Hodgkinson Hutton and James Alexander. She was born in 1885 at Richmond Victoria, all her siblings were born at Mt Rouse. Annie was born into a very wealthy family. James Alexander died in 1887 when Annie was only two. Her mother Jane died in England on the 9th May 1892. This left Annie an orphan, but not destitute. Her father had made provisions in his substantial will for the executors to hold and administer his estate in trust and the family retained the estate “Newtonbrae”.

Annie was visiting her sister Elizabeth Margaret (Alexander) Ritchie at Chapelgill, Broughton in Scotland when war broke out. 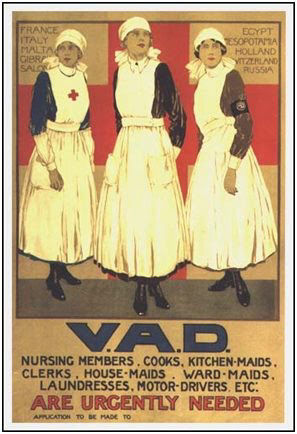 "At the outbreak of the First World War, the British Red Cross and the Order of St John of Jerusalem combined to form the Joint War Committee. They pooled their resources under the protection of the Red Cross emblem. As the Red Cross had secured buildings, equipment and staff, the organisation was able to set up temporary hospitals as soon as wounded men began to arrive from abroad. The buildings varied widely, ranging from town halls and schools to large and small private houses, both in the country and in cities. The most suitable ones were established as auxiliary hospitals”.

“Auxiliary hospitals were attached to central Military Hospitals, which looked after patients who remained under military control. There were over 3,000 auxiliary hospitals administered by Red Cross county directors. In many cases, women in the local neighbourhood volunteered on a part-time basis. The hospitals often needed to supplement voluntary work with paid roles, such as cooks. Local medics also volunteered, despite the extra strain that the medical profession was already under at that time. The patients at these hospitals were generally less seriously wounded than at other hospitals and they needed to convalesce. The servicemen preferred the auxiliary hospitals to military hospitals because they were not so strict, they were less crowded and the surroundings were more homely”.

Annie joined the Voluntary Aid Detachment (VAD) which refers to a voluntary unit providing field nursing services, mainly in hospitals, in the United Kingdom and various other countries in the British Empire. The most important periods of operation for these units were during World War I and World War II. The VAD system was founded in 1909 with the help of the Red Cross and Order of St. John. By the summer of 1914 there were over 2,500 Voluntary Aid Detachments in Britain. Of the 74,000 VAD members in 1914, two-thirds were women and girls. At the outbreak of the First World War VAD members eagerly offered their service to the war effort. The British Red Cross was reluctant to allow civilian women a role in overseas hospitals: most volunteers were of the middle and upper classes and unaccustomed to hardship and traditional hospital discipline. Military authorities would not accept VADs at the front line. 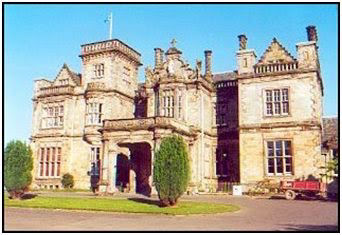 Her first posting was Whitehill Red Cross Hospital House in 1916 and continued until March 1918, receiving the V.A.D.'s two stripes. (The hospital was at Rosewell which was a former mining village in Midlothian, Scotland. In World War I Whitehill House was used as a Red Cross hospital).

Her next posting was the Royal Naval Hospital at Peebles. It was here that she died. The Book of Remembrance for Tweedale remembered the event.

THIS lady, Sister ANNIE ALEXANDER, was the third member of the staff who succumbed during an epidemic of septic pneumonia at the Royal Naval Auxiliary Hospital, Peebles. Sister Ainsworth was the first to go, and George Bortfield the second. After Sister Alexander' death the plague ceased. Miss Alexander belonged to an ancient Peeblesshire family, but she herself was born in Geelong, Australia, on the 4th of September 1885.  She was visiting her sister at Chapelgill, Broughton, when war broke out.  In March 1916 she went to Whitehill Red Cross Hospital,and continued until March 1918, receiving the V.A.D.'s two stripes.

In April 1918 she joined the staff of the Royal Naval Hospital at Peebles, and there performed duties of a most onerous nature, until she became infected with pneumonia, which carried her off on the 10th November 1918. So passed out of mortal ken one of that band of noble women who, during the Great War, did, not their bit, but their all. She was of a hard-working, unselfish nature. The hospital was understaffed, but she insisted on carrying on under great disadvantages, and this continuous struggle undermined her strength, so that she was not able to resist the epidemic when it visited the Hospital. All her comrades of the staff, and all the naval officers who were patients, mourned her sincerely. Her funeral was conducted with full naval honours, being attended by every available resident in the Hospital, who reverently saluted as the motor hearse passed between their lines at the Cross of Peebles, on its way to the sequestered Churchyard of Glenholm, where her tired body now rests in peace. 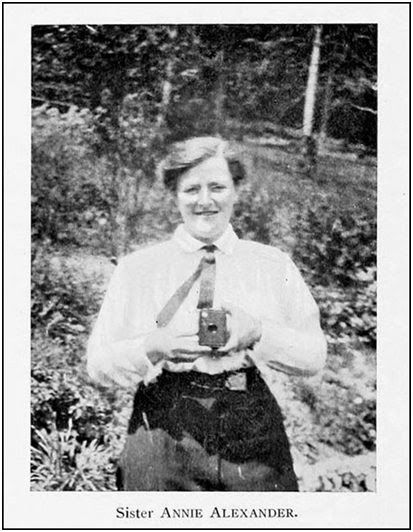 O gracious ones, we bless your name
Upon our bended knee;
The voice of love with tongue of flame
Records your charity. 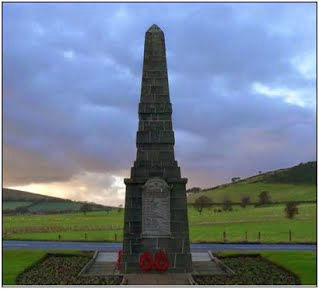 Annie is remembered on a war memorial opposite Broughton School (Peebleshire). Her name is the last on the list. 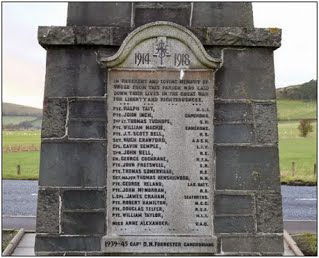 As Annie had died intestate her estate was divided between her brother and sisters. It amounted to 2088 pound. She owned a house in Aphrasia Street Newtown, which even today has some beautiful old period homes. A sad end for a lady who died far from home.

Her father James Alexander owned “Woodhouse” then “Burn Brae” both substantial properties at Mt Rouse. He also owned a property at Geelong called “Newtonbrae” where the family lived after his death.

Heritage Victoria has this description; “Newtown Brae' originally known as 'Woolmera' is a distinguished work of conservation Colac architect Alexander Hamilton, in a style derived from Italianate architectural traditions and which was consistently engaged for Hamilton's Western District homesteads. The original house of pre-1851, now merged with the 1885 additions, has been notable connection with important early Geelong settler Joseph Lewis. The ornamental iron verandah is a distinctive feature. James Alexander a retired Scottish pastoralist who erected the 1885 additions lived in this house for only 2 years until his death in 1887. 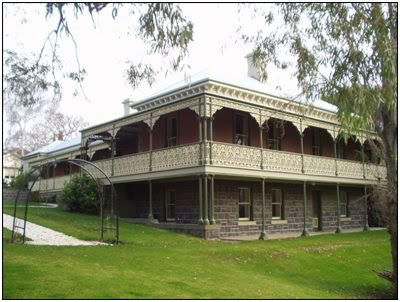 James Alexander formerly of nearby Woodhouse who was responsible for the important first and second additions. Woodhouse Homestead was also substantially remodelled about 1900 and both Burnbrae and Woodhouse can be compared with the present Blackwood Homestead, designed and built in early 1890s,and one of the most sophisticated examples of the style in Victoria.

“The first meeting of the Shire of Mount Rouse was held on 3rd February, 1864 and Daniel Ritchie became the first Shire president. A design for the Common Seal of the president, councillors and ratepayers submitted by a Mr. Twentyman was accepted. The first Councillors were: Daniel Ritchie, J.P., Shire President, John Twomey, David Hutton, Joseph Sharrock, Malcolm McIntyre, John Earls of Penshurst, James Alexander of Woodhouse.”