A rabbit pest conference was held at Penshurst on the 28th of July 1891. Belfast, Dundas, Minhamite and Warrnambool Shires attended. 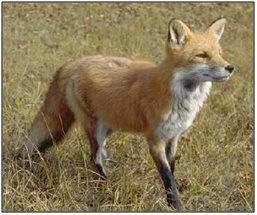 1891- October 14th Letter from Inspector under the Vermin Act. Notice to destroy all rabbits and vermin on lands in the Penshurst riding, also calling attention to the rabbit burrows and dead timber in the Mt Rouse Park.

1892- January 13th Motion, poison jam for rabbits. Secretary to communicate with local store keepers and Hamilton Chemists Re: the supply of strychnine for use by rate payers in the preparation for jam poison for rabbits.

I suspect that the poison jam would have been more likely to attract possums than rabbits.

1893- February 8th Letter from H. J. Delittle Re: rabbits in embankment of bridge on the Glenthompson Caramut Road, seven miles from Caramut.

1893- July 26th Letter from Inspector Hall requiring Council to forth with destroy rabbits and vermin in the Mt. Rouse Reserve. Also a letter from James Bamford offering to destroy same.

1893- August 28th Letter from J.A. Ryan requesting Council to destroy rabbit burrows in the embankment of the Burchetts Creek Bridge on the Glenthompson Road.

1893- October 14th Tenders called for the next 12 months for the suppression of rabbits on the Mt. Rouse Reserve.

1894- March. Letter from the Health Department Re: rabbits trapped for human consumption in areas heavily poisoned. Officer of Health to look into.

A real concern as millions of rabbits were being canned for human consumption and exported back to Britain, the land of their forebears.

1894- July 23rd letter from R.A. Fraser drawing attention to the large rabbit burrows on the one chain east of section 33 J. Yuppeckiar.

1895- January 12th Letter from Wm Ross from the “Gums” calling attention to the star thistles growing between Grogans and the Railway station.

1895- February 13th Resolved that the discussed quarry hole on the road between Frasers and Armitages (Glenthompson – Dunkeld Road) which afford a harbor for rabbits be attended to by the labour party.

1895- August 30th That the contractor destroying rabbits in the Mt Rouse Reserve be requested the furnish reports to the next meeting.

The Council obviously didn’t think the contractor was doing a very good job.

After 14 years there were still problems with rabbits at the Hern Huth Estate. It appears that the main problem was the live fences (e.g. Gorse and Furze) or the brush fences. Brush fences were generally constructed of trees and logs stacked together. This made for good rabbit habitat and breeding sites.

1896- January 8th Letter from R. B. Ritchie from “Blackwood” wanting to spread stone from a wall on the road adjoining his property (Woolsthorpe Dunkeld Road). The wall was a stronghold of the rabbit.

The Council said no to spreading stone on shire land. It was around this time that many dry stone walls were pulled down and demolished.

1896- January 8th Tenders called for the Mt. Rouse Reserve for the destruction of rabbits. D. W. Styles £20, W. H. Pearson £19.19. Council agreed that these tenders were too high and call for new tenders to be submitted.

Government subsidised netting could be purchased through the Shire.

1896- December 9th Letter from the Chief Inspector Vermin Act Re: discontinuing the payment of the Fox bonus as it was considered the fox rendered valuable assistance as a rabbit destroyer.

The council was against this direction. They favoured retaining the fox bonus as foxes were responsible for serious losses amongst young lambs.

1897- March 10th Letter from John McNamara Penshurst drawing attending to the state to the stone wall between the pound paddock and his land in the Yallimba Parish. He said the wall is a great harbor for rabbits. It needed to be pulled down and a netting fence to be erected. Willing to pay half. Council called tenders for a 3 foot 6 inches netting fence barbed wire on top. Stones from the old dry stone wall to be pitched either side of the netting fence to a width of three foot.

Even in the 1960’s people were getting rabbits out of the other dry stone walls in the vicinity of the old pound, just east of Penshurst.

1897- April 11th Letter from Secretary Rabbit Destruction Club. Stating that the committee had always reported very favourably on Mr James Osmond’s land at “Bilpah” in connection with the destruction of rabbits. Also a letter from G Ritchie, manager of “Kolor” Re: very bad state of netting around Mt Rouse, in consequence large numbers of rabbits were nightly coming onto the estate. Estate willing to pay half the cost of repairs. Accounts - John Cook destroying rabbits Mt. Rouse £4.15 first payment.

1897- June 9th A notice to destroy all rabbits and other vermin upon the Mt. Rouse Reserve was lodged by Inspector J. G. Hall. Council resolved that contractor (John Cook) be informed that in the event of the rabbits not being destroyed in 14 days the contract would be cancelled and any money owing forfeited. Hall later reported the work was done.

1897- July 21st Resolve that the Railway Department be requested to take immediate action against the rabbit infested embankment of the Penshurst Hamilton Line. At the North West boundary of the township, near Ryan’s, Tobin’s and Waller’s paddocks, the stone banks were later netted.

1897- October 13th Resolved that the public be notified that they are a liberty to carry on trapping operations in the Mt Rouse Reserve.

The Council was now heartily sick of looking after the Mt Rouse Reserve.

1898- June 8th Letter from H. F Delittle of “Eulo” near Caramut, calling attention to the embankment on the Glenthompson Caramut Road about 5 to 6 miles from Caramut. Into which the rabbits were burrowing in many places. He suggested netting.

1898- December 14th Resolved that the engineer be directed to have the rabbit burrows at the “big hill” on the Mt Napier Road attended to.

1899- May 10th Letter from Roderick McKenzie, Inspector Vermin Destruction Act, giving formal notice to the council to destroy all rabbits and other vermin on the land comprised in the Mt Rouse Park. Council also called for their destruction. Resolved that the Inspectors attention to the large amount of rabbits on the disused Dunkeld Penshurst Railway line.

1899- July 26th Letter from W. J. Pagel’s of “ Weview” at Wickliffe drawing attention to two culvert embankments on the One Chain Road, East of allotment 108C and 106F, Nanapundah were badly burrowed out by rabbits.

1900- February 14th Drawing attention of the Railway Department Re: the large number of rabbits in the disused Dunkeld Penshurst line, described as a “regular warren”. Council to ask local member to ask questions in the House (State Parliament).

1900- June 13th Letter from the Bet Bet Shire indicating that many of the summer flies were caused by the use of phosphorised pollard and wheat for rabbit destruction.

1901- January 13th Letter from Inspector McKenzie Re: destroy rabbits on Mt. Rouse. Attended to by the day labour. Poison grain used. Letter from H.J. Delittle Re: rabbits in embankment on the Glenthompson Road about 6 miles from Caramut. He said the remedy was to net the embankment.

1901- July 21st Letter from the Vermin Inspector. He had inspected the Mt. Rouse Reserve and found the work hitherto done to destroy rabbits had not proved a success. He suggested Carbon fumigation. Council called tenders. Report from the secretary on the rabbit infestation of the Dunkeld Penshurst line.

1901- December 11th Informed the Shire was relieved of the control of Mt. Rouse Reserve. The grazing rights to be let.

The war on the rabbits continues to this day.